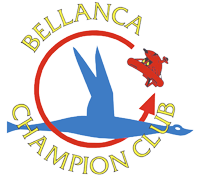 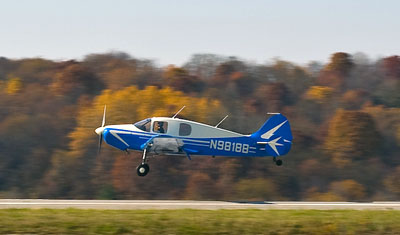 Lynn Ford is flying his newly restored Cruisemaster,
and it's a beauty!
Photo courtesy of Press1Photos.com

Ron Miller and his Citabria getting ready for a long winter...

Sun getting in your eyes? Check out our SunShield for the Citabria, Decathlon, Scout and Champ.
A great deal of confusion has been caused by the newly issued Control Cable AD. We try to make sense of it here.
Updated with new information 4/13/2006. 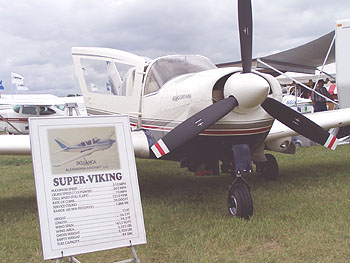 One of only four Bellanca
Aries T-250 airplanes
ever built. 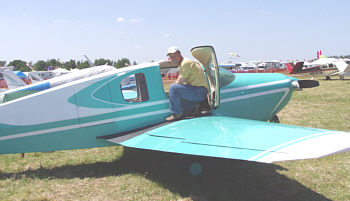 Right: John Morrison and his 260, who won the Outstanding in Type award.

AD 2004-05-24 is a "final rule" without NPRM and affects crankshaft gear retaining bolts on some IO-540 engines used by the Viking 17-31A. IMPORTANT!   If you own or maintain a Straight-Tailed 260 or Viking, please read this Safety Alert from Alexandria Aircraft LLC (Bellanca Factory)

Dale Williams received the Midwest Antique Airplane Club's "Classic Project of the Year" in 2002 for his consummate restoration of his 1947 Cruisair. Scott Thomas (CFII, A&P/IA) was Technical Advisor for the project.

Bill Reeves (a Club volunteer) with his new 260 at Oshkosh. No, he doesn't own the "other" Triple-Tail.

See the New Items just arrived in our Gift Shop! 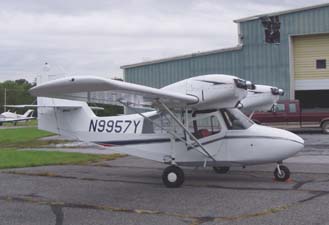 Champion Lancer (Model 402) is the only post-WWII multi-engine airplane produced by either Bellanca or the Aeronca/Champion factories. The article in the October 2003 (13-4) issue of B-C Contact! provides some of the unique aspects and pictures, and prompted a letter from another member (issue 14-1) who had trained in one in the sixties.

New! You can now renew your membership (or Join) online
Click Here for Online Membership

Greg Koontz in action over his new digs. He'll teach you how to do this... 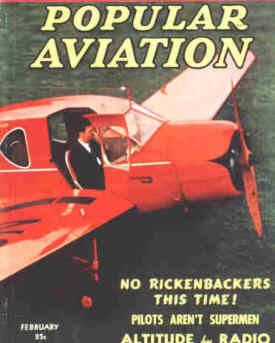 The 1940 issue of Popular Aviation shows the Bellanca (Cruisair) Junior. Unfortunately, no story within.

AOPA has a regular page in this magazine, this time by Gill Robb Wilson

Our Fly Market and Parts Bin can now be viewed on-line. A feature of B-C Contact! for over 16 years, these classifieds help our members sell and find their planes and parts.

Around the World in a 1949 Cruisair...
More on Willi & Elisabeth's Long Trip

Final installment of this travelogue appears in our January 2002 issue of B-C Contact!

A Very Disappointing Wing Spar Airworthiness Directive
was issued by the FAA, disregarding your comments and suggestions. Explanations, comments, documents, pictures of affected spars and more are available on our
Wing Spar AD Site

We are pleased to host Leo Horishny's Bellanca website - a look at Bellancas back...
when they were BIG 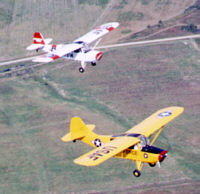 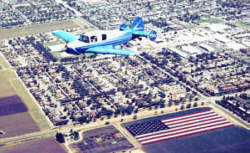 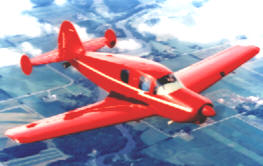 Drew Peterson's Award-Winning Cruisemaster
(we flew it at the Fly-In!) 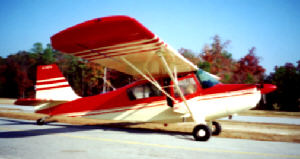 * This is a reference to an ill-fated 1938 non-stop flight from Spain to Cuba.

We received this from the F.A.I., the international organization that verifies and awards official aviation world records:You may be interested to know that we have a number of Bellanca aircraft world records in our lists of world-class performances... A Skyrocket II still holds the 'speed over a closed circuit course of 100 / 500 / 1000 km' records in the concerned weight sub-class.

Back to the Top